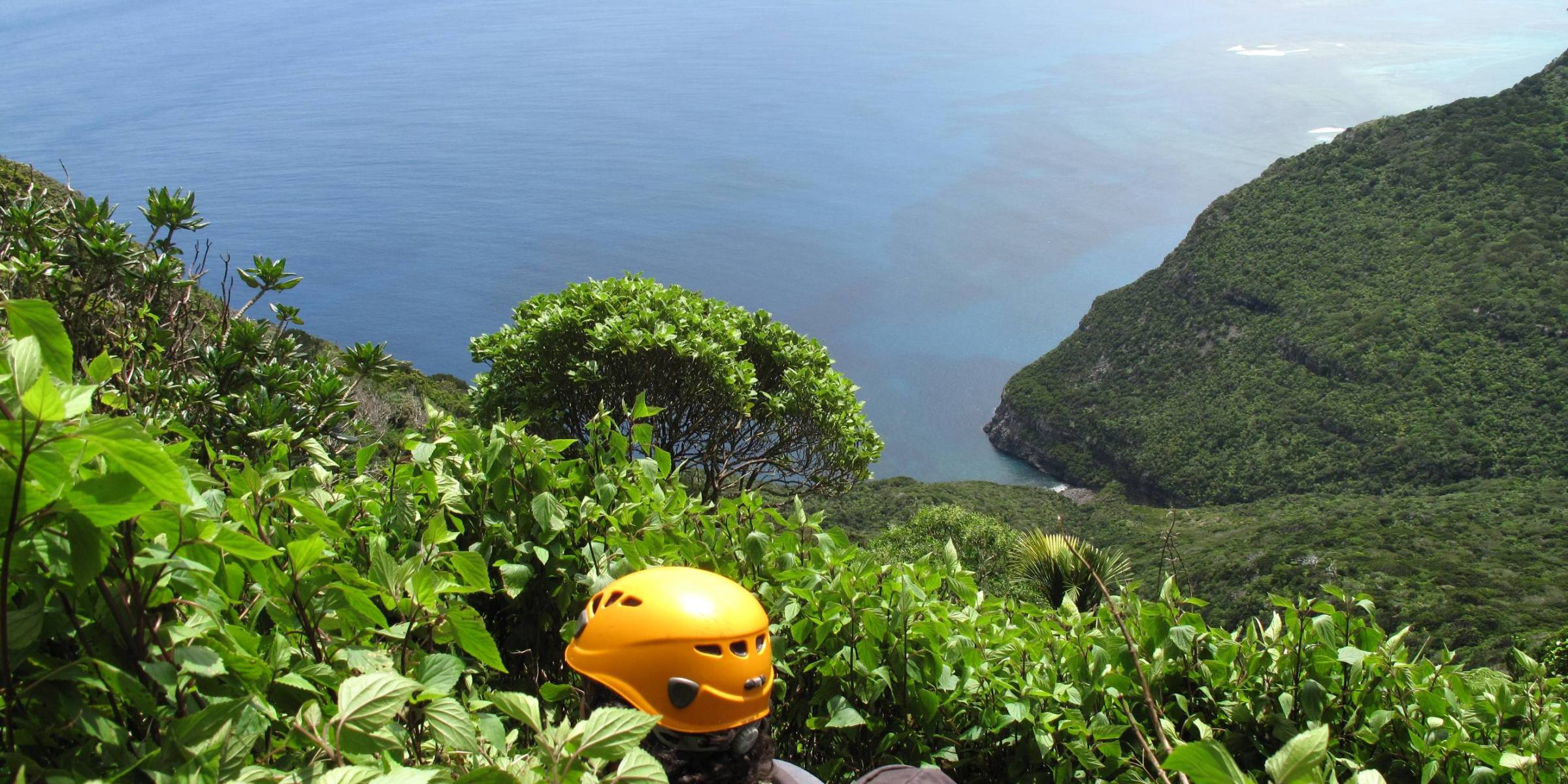 A collaboration between CSIRO researchers and community members on Lord Howe Island is making headway in the fight to protect the island’s biodiversity from an invasive noxious weed.

Crofton weed is growing out of control particularly in the southern mountains of the World Heritage Listed Lord Howe Island. As you can see from the image above, and here again below, the weeds are thriving on the cliffsides.

This threatens a number of native species, including the critically endangered twiner Calystegia affinis (pictured below).

But there’s hope on the horizon in the form of a rust fungus from Mexico.  Read the full story and find out!

This was a fascinating story to research and write, and I couldn’t have done it without the wonderful input from lead researcher Dr Louise Morin (CSIRO) and Sue Bower (Flora Management Officer with the Lord Howe Island Board).

Hopefully next time I’ll get the chance to go on location – though by the look of some of those cliffs, I’ll have to do some serious training first!