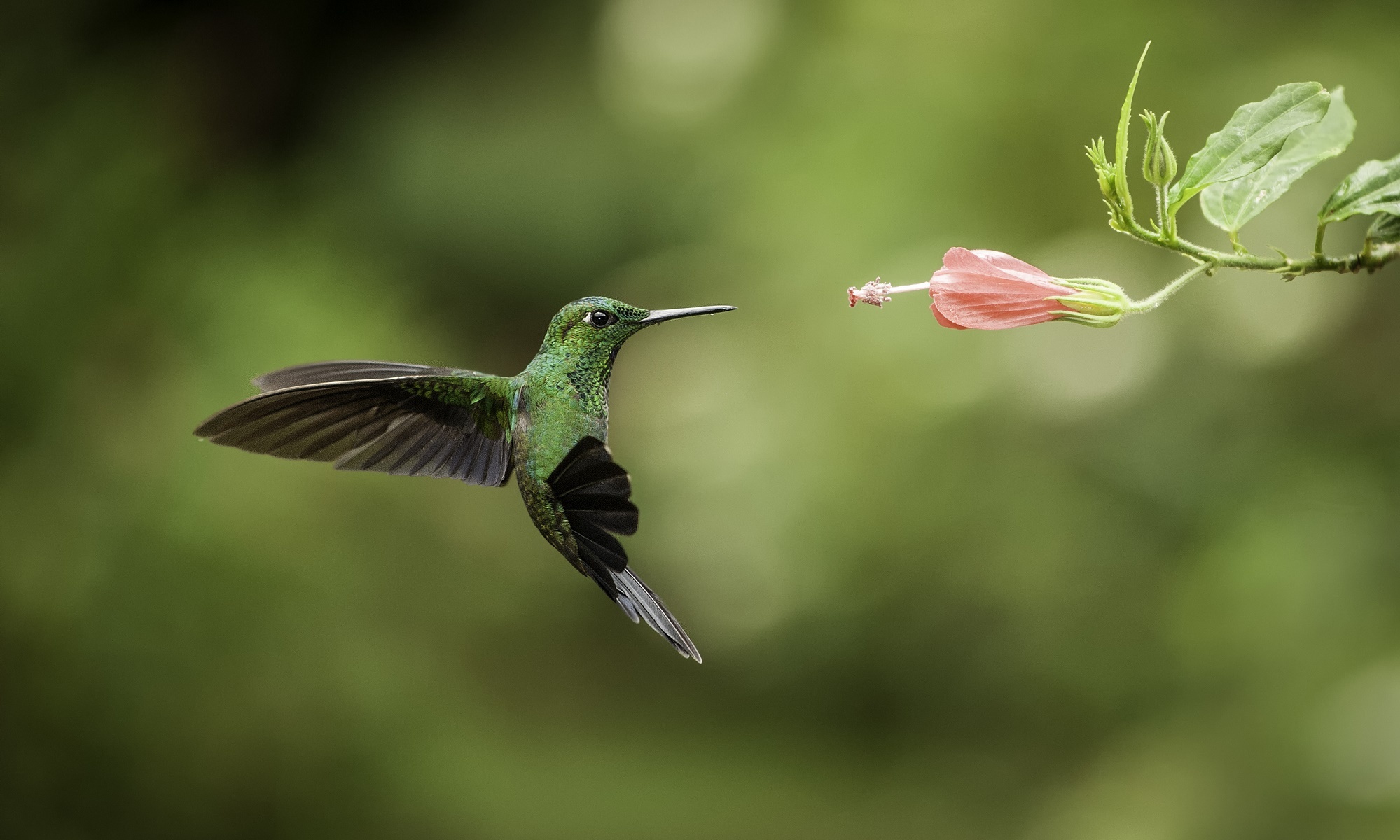 The hummingbird and the storm

The aerodynamics of a tiny bird in high winds

Ah, hummingbirds.  What’s not to love?

Humans have been marvelling at these tiny creatures for eons, baffled by their fascinating ability to hover and their stunning wing speed. For quite some time, it was thought that hummingbirds had flight dynamics closer to that of insects. Even with decades of analysis with high speed cameras, it was only relatively recently that high-tech analysis began to reveal how hummingbirds accomplish their unique aerodynamic trick.

Hummingbirds weigh between 2 and 20 grams, most less than 5 grams. And this poses another interesting problem: how do hummingbirds contend so well with rain and strong winds? It’s a question that points to a significant gap in our knowledge about flying animals in general:  we just don’t know that much about the mechanisms they use to handle complex changes in air flow.

For hummingbirds, taking a long break from feeding isn’t really an option in inclement weather. Their little bodies are powerhouses.  Their wings beat around 40-80 times per second, and some have been clocked at around 200 beats per second. The respiratory rate of their flight muscles is much higher than the locomotion muscles of lumbering mammals like you and I.  At rest their heart rate is a lazy 250 beats per minute, and this can increase to around 1200 beats per minute in flight.  Powerhouses, even tiny ones, need fuel, thus hummingbirds consume at least their body weight in nectar each day.

This latest video from KQED’s Deep Look series takes a look at how hummingbirds are able to manoeuvre beautifully in high winds, enabling them to collect nectar even in adverse conditions.

For a bit more on the Australian & US research into the flight control mechanisms of hummingbirds, and how the findings relate to the design of drones, New York Times’ James Gorman explains here.

← The war, the mouse, the protein and the lovers: the curious tale of the search for a common cold vaccine
Back on board… →